Hobby Lobby is Ending Their 40% Off Coupons 🙁 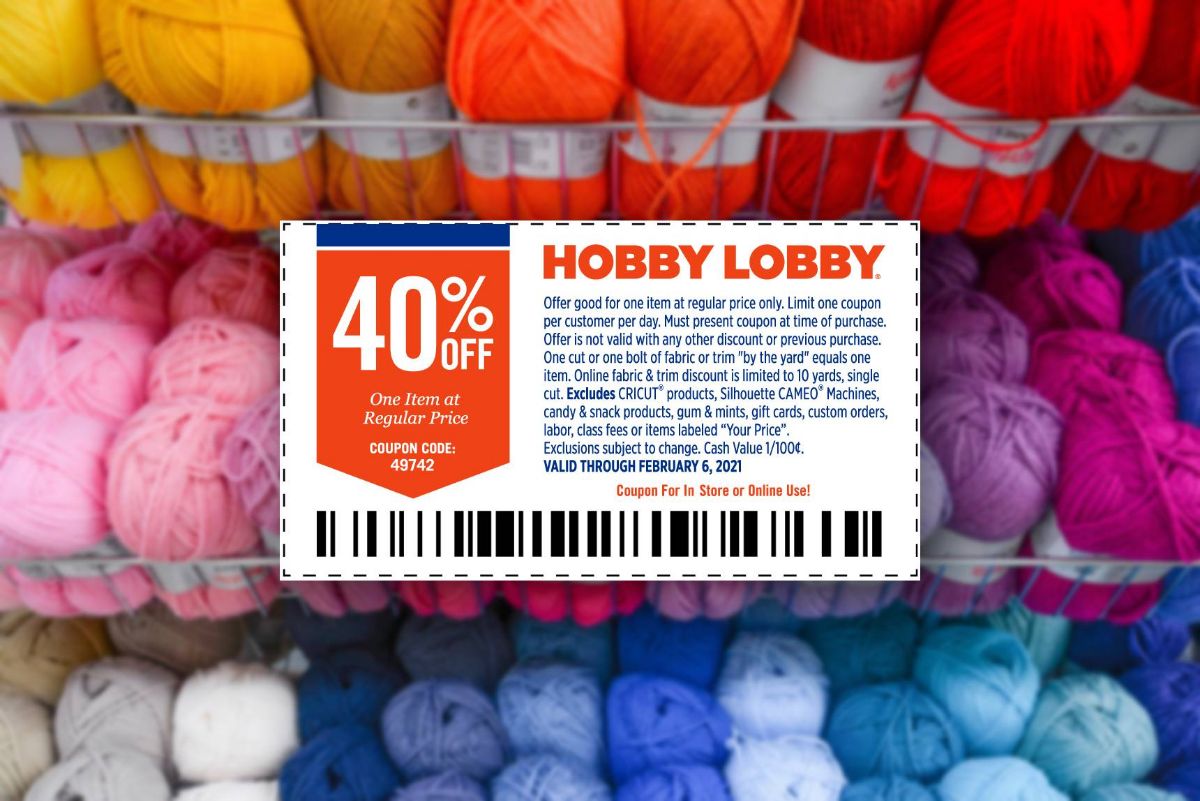 Hobby Lobby is doing away with their famous weekly 40% off coupons. Many customers aren't happy. Will Hobby Lobby's decision affect how often you choose to shop there?

If you love arts, crafts, and home decor, then you probably love Hobby Lobby. But even if you’re not all that artsy, you may still be a fan of Hobby Lobby because of their great deals. That’s because Hobby Lobby has become famous for their 40% off coupons. Any time of the year, you can find that coupon online or in the circular and get 40% off any single regularly priced item.

That means that if you’re shopping for anything Hobby Lobby has in their store, from gifts to picture frames to posters to toys, you know you can walk into Hobby Lobby with that weekly coupon in hand or on your phone and find a great deal. Of course, the coupons only worked if the item you wanted wasn’t already on sale, but since the sales were generally 50% off, with or without the coupon, you won either way.

We don’t know why Hobby Lobby decided now (of all times) was the right time to take away the coupons that many of their loyal shoppers have come to take for granted, but we do know that it’s a decision that has rarely worked out in the store’s favor. One parallel instance that comes to our mind (and to Forbes’s) is JCPenney, which famously did away with all coupons and launched a marketing effort a few years ago touting how their prices were so low, you didn’t need coupons. JCPenney thought this move would differentiate it from its competitors like Macy’s, Belk, and Bed Bath & Beyond which were sending out coupons on an almost weekly basis. Well, JCPenney’s move turned out to be a disaster and the company ultimately filed for bankruptcy.

There are plenty of articles out there explaining why coupons are so psychologically effective on shoppers. But it doesn’t take a psychologist to understand that the addictive hit of dopamine shoppers feel when they know they got a great deal through their own initiative (like sales and coupons) is what has helped some retailers find continual success even in the era of online shopping.

Personally, I don’t think I’ll visit Hobby Lobby as much without the 40% off coupons. There isn’t much at Hobby Lobby that I couldn’t find online or at a store like Walmart or Target, which I visit frequently anyways for groceries and household goods, at a lower price. Why would I go out of my way just to pay more? Plus, the good news is that Hobby Lobby’s main craft store competitor, Michaels, has made no indication that they’ll be doing away with their own 20%-40% off coupons.

So we’ll wait and see how Hobby Lobby’s decision to end its coupons turns out. Maybe their discounts will be as good as they say and we won’t miss couponing after all. Or maybe they’ll second guess their decision and bring the coupons back. Until then, if there’s a big ticket item like a piece of furniture you’ve had your eye on, you have until February 28 to get that 40% off.

https://cheapsimpleliving.com/post/hobby-lobby-ending-40-percent-off-coupons Hobby Lobby is doing away with their famous weekly 40% off coupons. Many customers aren't happy. Will Hobby Lobby's decision affect how often you choose to shop there? Cheap Simple Living