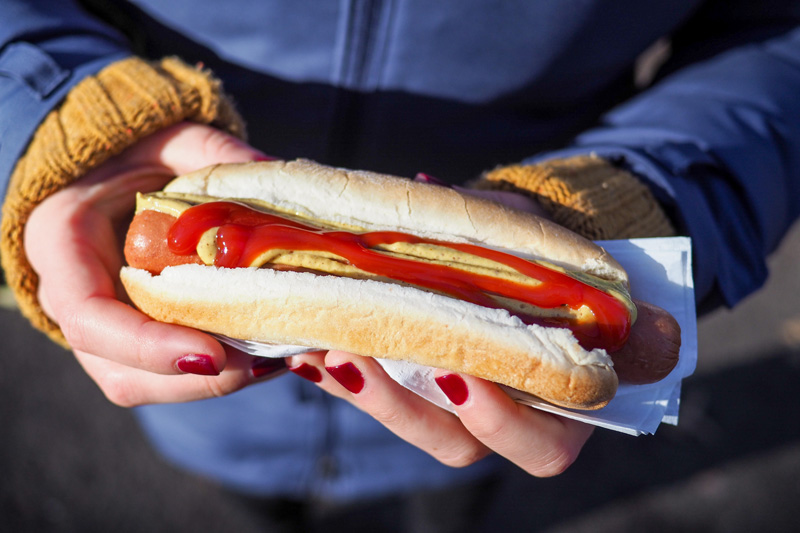 Have you ever found bargains at IKEA that seemed almost too good to be true? You might be noticing IKEA's "hot dog" pricing strategy.

If you’ve done much shopping at IKEA, you’ve probably come across some products that are so “astonishingly cheap” that it seems too good to be true. If so, you can thank the founder of IKEA, Ingvar Kamprad. Because IKEA, since its inception, has been focused on the budget-minded shopper, Kamprad has wanted to offer products that are so cheap that regular shoppers can easily identify the lowness of the price.

The Vision of Ingvar Kamprad

The concept of IKEA’s “substantial price difference” originated when Kamprad announced he wanted IKEA to start selling hot dogs in their bistros. As unusual as it was to sell hot dogs at a multibillion-dollar furniture store, Kamprad’s idea to sell them for only five Swedish kronor, when a hot dog elsewhere cost upwards of ten kronor, baffled the store’s directors. But while IKEA’s economists wanted to sell the hot dogs for a higher, more sensible price to earn a higher margin, Kamprad’s insistence on the “substantial price difference” principle led to enormous success and hot dogs being sold in IKEA stores worldwide, usually for a single coin in the local currency. IKEA now sells millions of hot dogs per year and you can find hot dogs in the United States at IKEA bistros for just $1. (Torekull, 207-209)

The success of the “astonishingly cheap” hot dog led to what the IKEA company calls its “ten hot dogs” strategy, wherein there are always between ten and twenty items that shoppers can very easily identify as stellar bargains. In Kamprad’s biography, the author Bertil Torekull identifies the BANG coffee mug as one of IKEA’s most successful “hot dog” products, which due to its price far below the competition makes a slim margin in profit but sells millions of units.

Nowadays when I visit IKEA, I keep an eye out for the products I think the company is offering in the spirit of Kamprad’s “hot dog” strategy. For example, we wrote earlier about the stunning value of IKEA’s $1 LED light bulb that was specifically designed and engineered to be sold at that well-below-market one-dollar price point. That product, advertised prominently in IKEA circulars and billboards, must be one of IKEA’s current-day “hot dog” bargains. 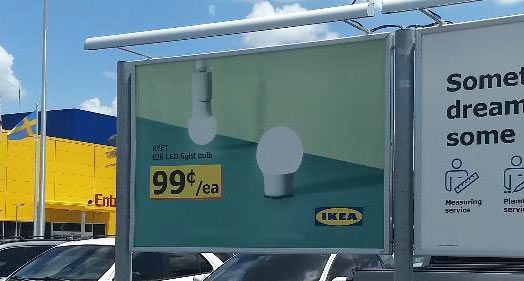 Some IKEA restaurants offer a 99-cent breakfast plate of eggs, bacon, and potatoes. You couldn’t find a hot breakfast anywhere else for close to that price — obviously another “substantial price difference” in IKEA’s roster.

Great bargains like these help IKEA draw not only customers looking for quirky flat-pack furniture, but also those who come from far and wide in search of super low prices you couldn’t find anywhere else.

Keep an eye out for more “hot dog” priced bestsellers during your next trip to IKEA!

Where to Get $1 LED Light&nbsp;Bulbs

Light bulbs – so common in our everyday lives, yet constantly changing. It seems that every time we need to stock up, there are new varieties on the shelf, types that we used to think were too expensive are now much cheaper, and some types have bee...Dollar TreeIKEA

https://cheapsimpleliving.com/post/ikea-astonishingly-cheap-deals Have you ever found bargains at IKEA that seemed almost too good to be true? You might be noticing IKEA's "hot dog" pricing strategy. Cheap Simple Living