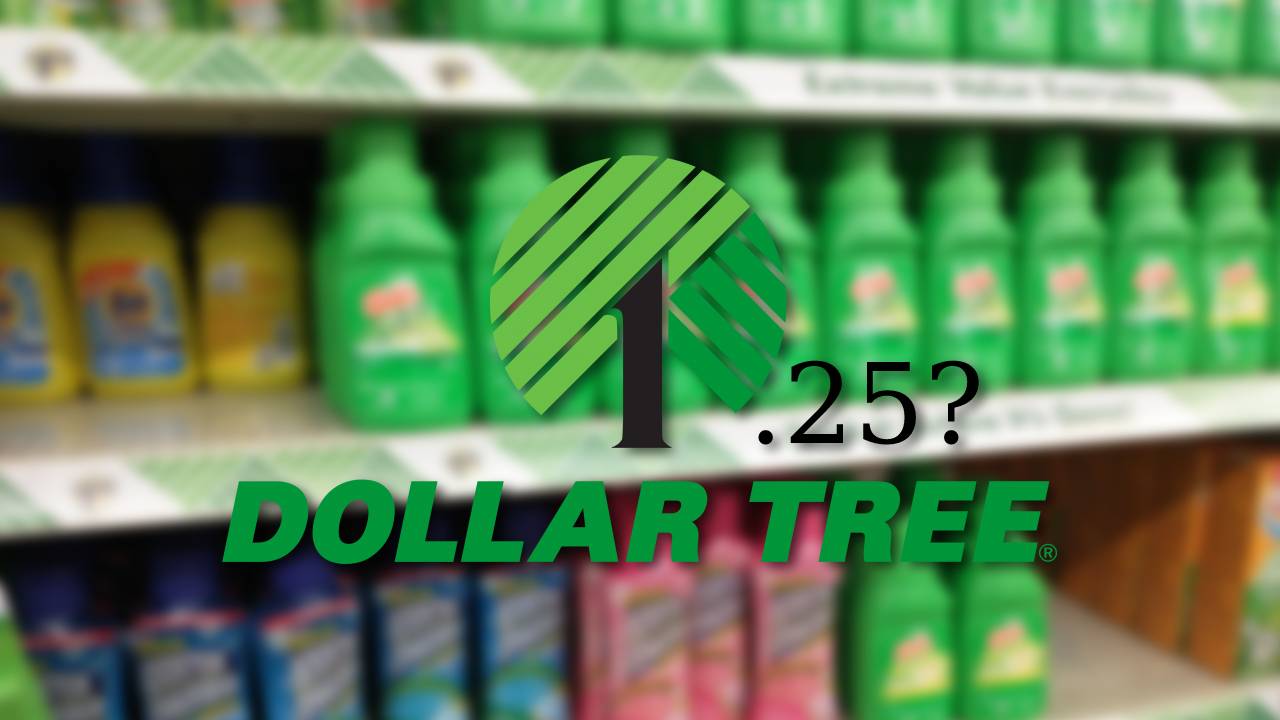 Why did Dollar Tree raise its famous $1.00 price point? The answer lies somewhere between inflation and wanting to offer new, better products to its value-conscious customers.

For the past 35 years, Dollar Tree has sold nearly all its merchandise at its famous $1 price point. The one-dollar theme has been integral to the store’s identity, going back to its founding under a different name, “Only $1.00.” Even with the inflation that has occurred since the store’s founding ($1.00 in 1986 would equal $2.57 today), the store has managed to give shoppers those $1 bargains we all love.

That tradition has sadly come to an end. In November 2021, Dollar Tree announced that it would be raising its price point to $1.25 per item over the coming months. The price change didn’t happen nationwide overnight, but as we were on the road last December, we did see several stores rolling out posters and shelf liners announcing the new store-wide price change. As of February 2022, the pricing update seems to be in effect at all 15,000 stores. 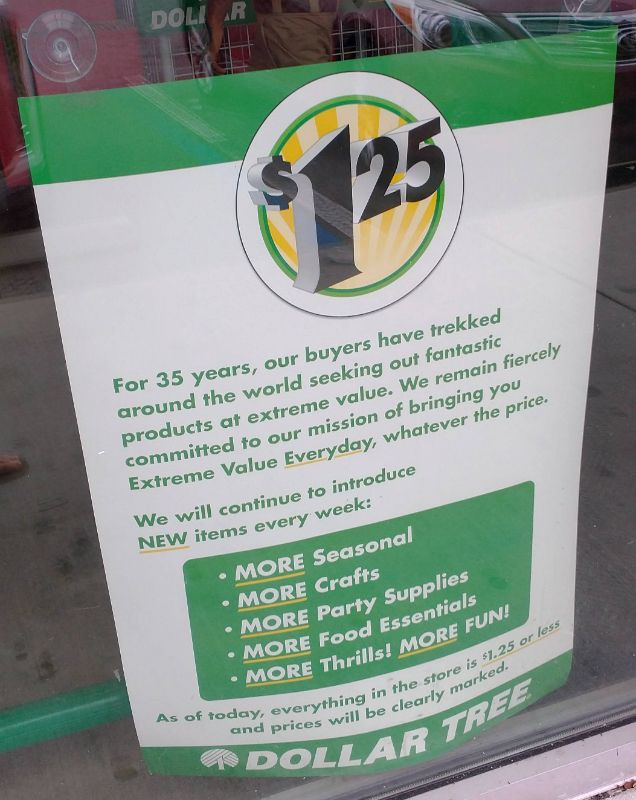 Even though it’s disappointing to see Dollar Tree’s $1.00 price point fade into history, it is admirable that Dollar Tree held out as long as it did. Other stores that used to offer everything for $1, like Dollar General, have long since abandoned that effort. Even before the current rise in inflation, Dollar Tree was probably only making a few cents per item. Now that inflation is noticeably rapidly rising and affecting prices across the board (we have noticed a bottle of iced tea we like to buy at Walmart go from 98 cents up to $1.08 last year to $1.18 today), it seems unavoidable that some aspect of Dollar Tree, whether it was its product selection/sizes or its prices, would have to give. 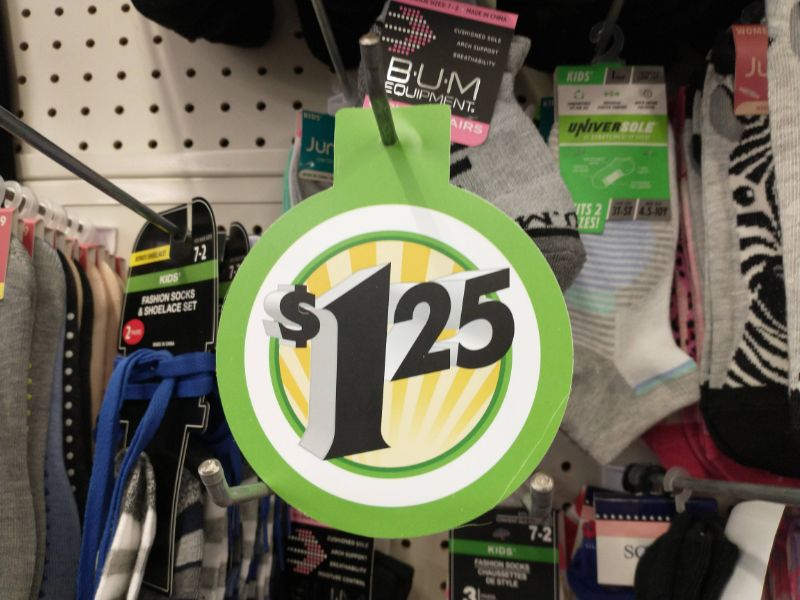 Dollar Tree announced that they intend to make up for the price increase by introducing new products that were not possible under the constraints of the $1 price point. Even before the current inflationary situation, Dollar Tree had been moving much of its merchandise away from name brands towards its own store brands and generics, in order to give shoppers a greater sense of value. It will be nice, if Dollar Tree follows through, to see some familiar brands return to store shelves if the new $1.25 price can make that happen.

So how do we feel about Dollar Tree’s change? It’s a mixed bag. Dollar Tree obviously isn’t immune to the economic pressures that are affecting other retailers like Walmart just the same. The difference is that when Walmart has to raise its price on a bag of rice from $1.00 to $1.25 (or more), it doesn’t require a press release and a national news story. So Dollar Tree deserves some slack.

On the other hand, we are going to start seeing Dollar Tree offer the same sorts of products for $1.25 that discount retailers like Walmart and Dollar General may continue to sell at just $1.00. For example, Dollar General has made no mention of discontinuing its trademark “Dollar Deals” aisle. Walmart, likewise, may be able to continue offering many of its store brand staples at $1.00 or less. In the grand scheme of things, a quarter may not sound like much, but it may make shoppers think twice about where they buy some of their everyday goods. It was always hard for other stores to beat $1.00, but not as hard to beat $1.25.

Will we continue to shop regularly at Dollar Tree? Yes. Prices are going up everywhere and that's just how it is. We still appreciate knowing that whatever we buy at Dollar Tree will cost just $1.25, while other stores may try to squeeze a few more cents into the retail price. But as smart shoppers, we will have to be more mindful about other stores that may continue to offer some things at just $1.00. If we do see some of our favorite products return to Dollar Tree as promised, then in our book, it’ll be a win overall.

The questions remains... will they have to change their logo?😉

https://cheapsimpleliving.com/post/dollar-tree-raise-price-125 Why did Dollar Tree raise its famous $1.00 price point? The answer lies somewhere between inflation and wanting to offer new, better products to its value-conscious customers. Cheap Simple Living