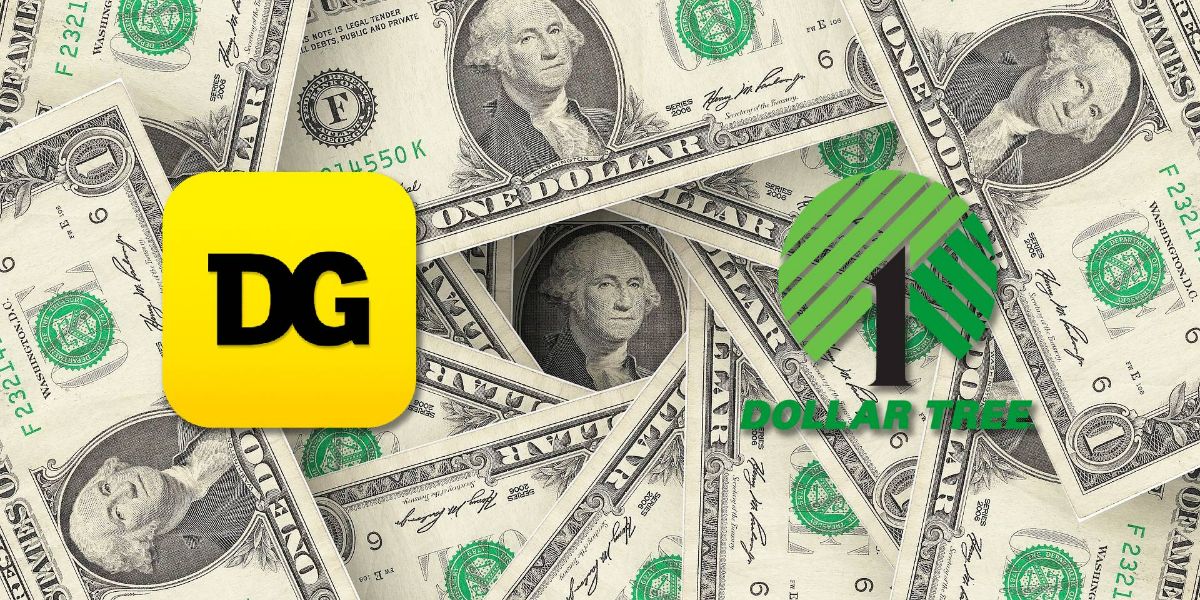 Dollar General is running spreads in its weekly ads about its $1 items that allude to Dollar Tree's price change. Will they win over any disgruntled Dollar Tree shoppers?

When Dollar Tree raised its storewide price point to $1.25 a few months ago, we predicted that it would only be a matter of time before its competitors pounced. After all, it was low-hanging fruit. Before the price change, Dollar Tree was the largest retailer in the United States selling everything for $1.00. The news of its price change became a household topic of conversation throughout the country and reactions were mixed.

Some shoppers found the price change inevitable due to national supply chain issues and inflation. Other shoppers were less forgiving, as evidenced by this CNN Business headline: “'Sick to my stomach': Dollar Tree fanatics protest new $1.25 prices.” Even for those Dollar Tree fans who didn’t react with such strong words as “calamity” and “sick to my stomach” like those in the article, it has probably sunk in by now that while you used to get 5 things for $5.00, now you only get 4, and shoppers have probably felt the pain at the checkout counter watching their bill run up faster than it has for the past 30 years.

If you’ve got $1.00 nostalgia, then Dollar General is looking to earn your business. Ever since the Dollar Tree price increase, DG has been running full page spreads in its weekly flyers with the headline “Dollars Don’t Grow on Trees” against a green background. Subtle, yes? 😆 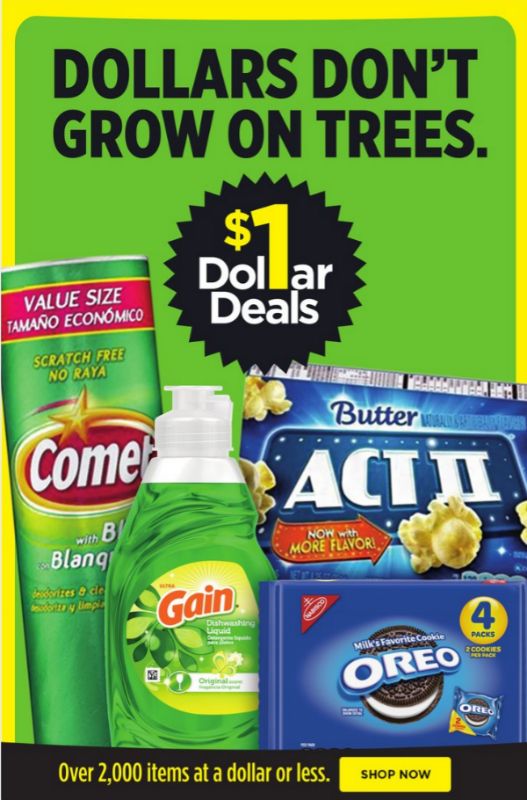 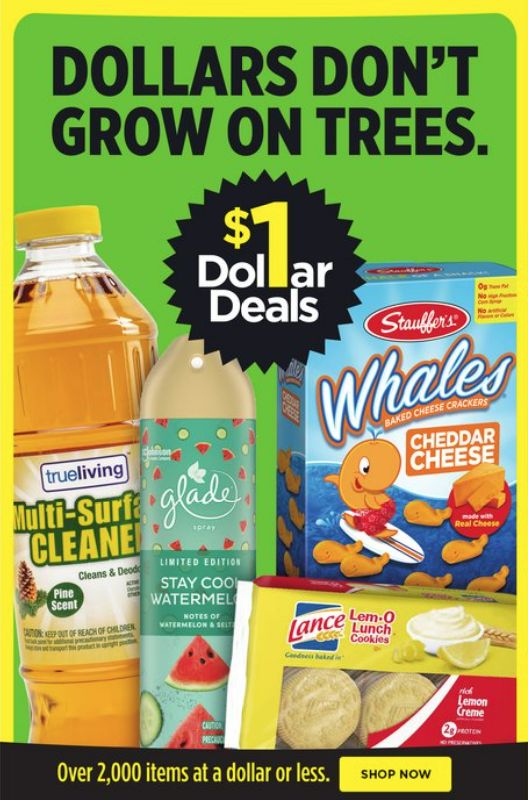 Included on these pages are a different handful of products every week that you can find for $1 at Dollar General, with a line at the bottom that reads, “Over 2,000 items at a dollar or less.”

You can still find many items at Dollar General for $1 or less, even during this time of inflation. Many such items are located on the Dollar Deals aisle, a unique aisle at every DG store where, as you would expect, everything costs $1. Products on this aisle range from standard small packages of household goods like paper plates and sandwich bags to small gifts and home décor items. Much like at Dollar Tree, it’s a mix of staple goods and treasure hunt finds. 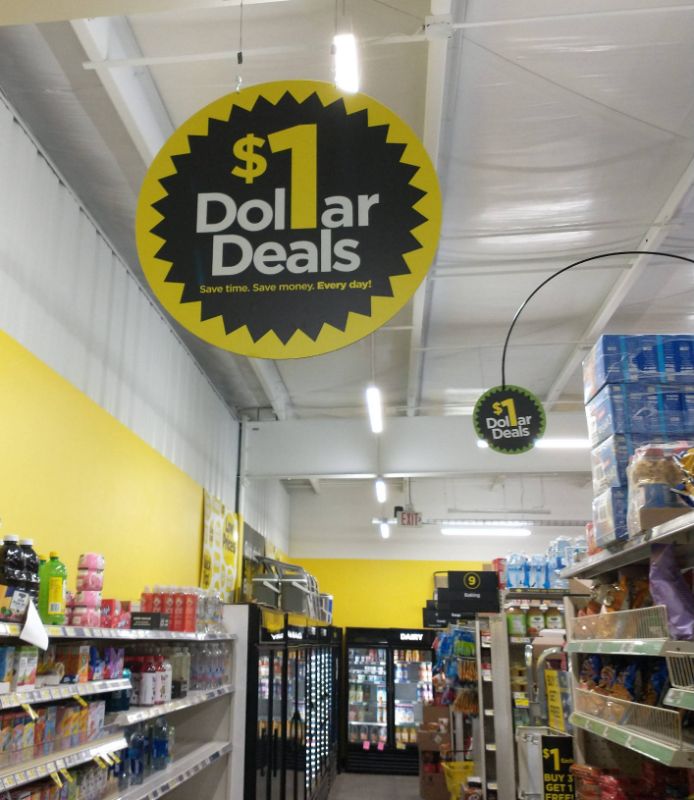 And to be sure, there are still many items for $1 or less sprinkled throughout the store, just as you can still find at other discount stores like Walmart and Family Dollar. 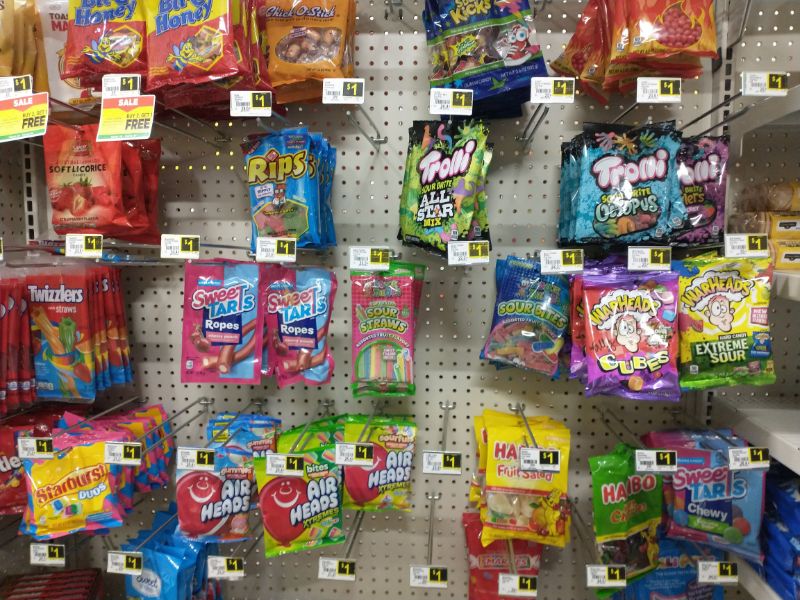 But that is where the comparison between Dollar General and Dollar Tree ends, because while Dollar General does have some products for $1.00, it doesn’t have everything for $1.00. If you needed something in particular, you may end up disappointed if you went to Dollar General expecting to find it for just $1.00. For example, if you needed a particular product like, say, a small 40 sq ft roll of aluminum foil, you could check at Dollar General on the chance that theirs costs just $1, only to find out their store-brand roll actually costs $2. Or, you could just go to Dollar Tree where you know for certain the same roll will cost $1.25.

Who doesn’t love buying chocolate for a good cause? When kids sell chocolate bars to raise money for their school or sports team, how can you say no? After all, who can’t spare a dollar, and who couldn’t use a little extra chocolate in their li...Dollar GeneralChocolateStore BrandsCharity

Ultimately, Dollar Tree decided to raise its price uniformly on all goods, which tells us all we need to know about the results of their experiments. Apparently, if prices had to go up, Dollar Tree shoppers preferred that the store maintain a consistent price point.

We must conclude that, deep down, Dollar Tree shoppers love the store most for its consistency above all else, and because that aspect of the store remains, shoppers will keep loading up their baskets. In a world where prices are going up and down so much that it’s sometimes hard to know if you’re still getting a good bargain, Dollar Tree shoppers love that the products they need will cost the same as they did yesterday and will cost the same tomorrow. So while competitors like Dollar General may take some shots at Dollar Tree over the price change, it likely won’t steal away too many Dollar Tree loyalists.

https://cheapsimpleliving.com/post/dollar-general-targets-dollar-tree-with-1-dollar-offers Dollar General is running spreads in its weekly ads about its $1 items that allude to Dollar Tree's price change. Will they win over any disgruntled Dollar Tree shoppers? Cheap Simple Living